You are here: Home / Science / Bricks from Martian soil may soon be a reality

After the Space Race, Mars is the next biggest obstacle to be overcome. Several private space companies and space agencies, NASA included are looking to build a base on Mars for future missions and exploratory missions. While agencies like NASA are only looking to build a base on Mars, companies like Elon Musk’s Space X are planning on sending people to Mars to build a permanent settlement. This is because Elon Musk believes that the only way to ensure the continuity of humans is to become an interplanetary species. Living on Mars requires a habitat which needs to be sent to Mars along with the astronauts. This may no longer be the case as Mars soil itself may be capable of being fashioned into bricks. 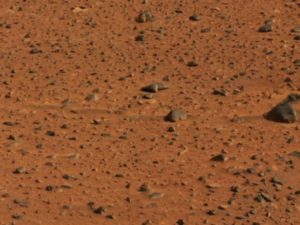 How to build a habitat on Mars

When NASA or SpaceX finally sends humans to Mars they will need to build habitats for the astronauts. Taking extra habitats along will cost exponentially more as every kilogram costs thousands of dollars to carry into space. Scientists have been working on several methods to make the habitats cheaper. Several companies are working on inflatable modules which are easy to carry to Mars and offer more living space when fully inflatable. However, this is not feasible for future missions as it is a costly venture. This is why scientists have decided to use locally sourced material to build habitats, mainly Mars soil.

Building habitats using Mars soil may sound easy but it is not so. Mars soil may be texturally similar to earth soil and dust but it just cannot be used as material to build strong habitats to protect from space radiation and heat. Scientists theorized using Mars soil in 3D printers but Mars has extreme temperature fluctuations which will make printing using wet concrete a challenge. We could melt the soil and mould it to make bricks but that is an expensive process. We could also mix the Martian soil with polymers to make it stick together but that would mean shipping lots of polymers from earth which would again make it expensive. 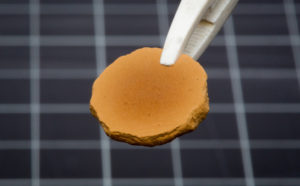 Scientists have now struck upon a new method to build habitats. According to a strategy published in Nature’s Scientific reports scientists are working on smashing the Martian soil together into bricks. Researchers from the University of California at San Diego used a piston press to form bricks using Mars soil stimulant. By this process, mechanical engineer Yu Qiao and his team were able to form nickel sized bricks stronger than concrete.

This process may very well be used in the near future to build habitats on Mars. The iron oxide in the soil is the material which helps the soil bind into such a strong compound. The iron oxide in the soil is also what gives the Martian soil its unique red color. However, the sample scientists worked with is only a simulate and the real Martian soil may differ vastly in characteristics. Still, it is the best stimulant available and hopefully Mars soil may be possible of being made into bricks. If so, it will be very helpful for the goal of companies like SpaceX who are looking to build habitats. SpaceX may soon be building habitats on the red planet using this new found method. 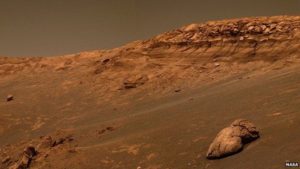