You are here: Home / Lifestyle / Crowdfunding a trip to Disneyland? This woman did it!

Nikki Smith, a mother of two daughters was in the news when her GoFundMe page went viral over a controversial crowdfunding request. 33 year old Nikki Smith started a GoFundMe page to raise money to take her kids to Disneyland. She was asking for a total of $6000 which would cover all of the family of three’s expenses at Disneyland. This technique is becoming quite popular nowadays with users asking for donations for personal reasons and luxuries. This usually takes away the essence of crowdfunding which is to raise money for important and charitable causes. This was the case with Nikki Smith’s page which asked to raise money for a trip to Disney Land with her daughters. Several internet trolls accused her of robbing the essence of crowdfunding pages and she faced huge backlash when she shared her GoFundMe page on her Face book.

A similar event happened a few months back when a guy tried to crowd fund close to $15,000 to get an engagement ring for his girlfriend. The netizens argued that crowdfunds like these took away money from causes that really needed it and that buying an expensive engagement ring or going to Disney land were not exactly a necessary expense. In March, Nikki’s GoFundME page went viral and she received a lot of hate from the internet for misusing a crowd funding platform. However, she pointed out that nowhere in the platforms user agreements did it state that it should not be used for personal gains or profit. 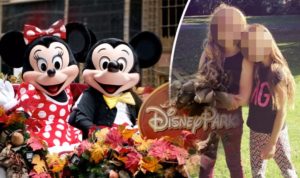 After this whole fiasco, something changed and Nikki was able to gather the funds she required to fulfill her daughters’ dreams of going to Disney land. The internet cooperated and donors contributed close to $8500 on Nikki’s GoFundMe page. This was not the original page Nikki started. However it was taken down as soon as it went viral after Nikki shared it on Face book. Then, Nikki started a new GoFundMe page and in less than 4 weeks she raised close to 6700 pounds which is almost 8500 dollars! Nikki was rewarded for her persistence and now she gets to take her kids to Disney land and fulfill their dream vacation!

The $8500 Nikki raised will not only be more than enough for the family of three to take a trip to Disney, they could even spend some extra money on gourmet food and expensive restaurants! Nikki started at $12 before she was abused by internet trolls. After Nikki raised the money, she made a Facebook post thanking her donors profusely, 128 in total, for letting her daughters experience a once in a lifetime vacation. 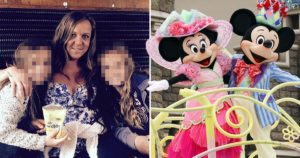