You are here: Home / Science / Fungi may be older than previously thought: New discovery of oldest multi-cellular life

Scientists in Africa have discovered evidence of fungi that is 2.4 billion years old. This is a phenomenal discovery as fungi have not thought to have existed that far back.  This makes the discovery even more interesting and life changing. For long, scientists had been classifying fungus alongside plants even though they have a lot of distinct characteristics. All this changed when scientists created a new kingdom to classify fungus, alongside animals and plants. This discovery which took place in Africa by a margin of 1.2 billion years raises questions about the evolution of fungi. 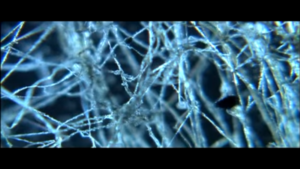 This discovery of multicellular life is dated close to 2.4 billion years ago. The fungi were found in petrified gas bubbles 800 meters underground. The scientists discovered these lava samples which had gas bubbles in South Africa’s Northern Cape Province. The lava in which the gas bubbles were found was previously dated to be 2.2 billion years old. Further study shows that it is actually 2.4 billion years ago. The 200 million year difference is very significant as any evidence of life from that period would have existed without oxygen. This is because The Great Oxidation Event took place around that time which released huge amounts of oxygen into the atmosphere.

Birger Rasmussen, a geology professor at Curtin University at Bentley Australia was looking at the lava samples to determine their age. This was when Rasmussen discovered that the gas bubbles in the lava samples were teaming with scores of fungi. This was a shocking revelation as these fungi would have existed in the depths of the ocean 2.4 billion years ago. This meant the fungi had evolved without light or free oxygen. Oxygen was released into the atmosphere millions of years after the fungi would have existed. The earth itself is only 4.6 billion years old and this discovery of fungi 2.4 billion years old makes the discovery world-view changing! 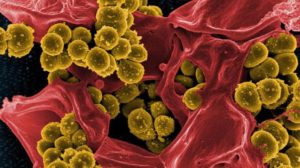 Looking at the wrong place

After this amazing discovery, several scientists deduced that they had been looking at the wrong place all this time. Fungi had officially been given their own kingdom in the year 1969 and since then were looked for on land. Scientists have now started looking for traces of fungal life which is multicellular in fossilized sea beds.  Previous research by scientists has shown that fungi existed in gas bubbles of lava as early as 50 million years. “What we have now found is that such a habitat existed already more than two billion years ago – at a time when fungi were not thought to have yet existed,” Professor Stefan Bengtson, lead researcher at the Swedish Museum of Natural History says.