You are here: Home / Technology / Games / 15 Amazing Games Like Terraria You Should Try

Amazing games like Terraria: No matter how amazing a game is, everyone looks for the alternative to that game. Just like Terraria there are many games that you would love to play. Yes, the same genre, the same platform, same kind of the vast world and the same of the resource mining features. Even your experience in the terraria is limited to some extend but various games are there which offers a great experience with several new features which bring new gaming genre to you. 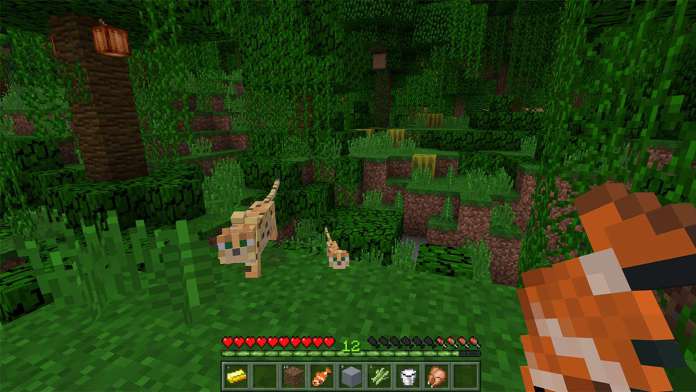 As this game is quite popular among the gamers of today, it has been the next best alternative to the Terraria as it has been developed on the same platform, with the same genre of mining and surviving in the game. Game is played on the classical block graphics that has not been accepted by the gamers as it brings the unclear experience. Though this game offers the best of the features for mining and crafting is developed and if you are fond of this, then you should have already been playing it. 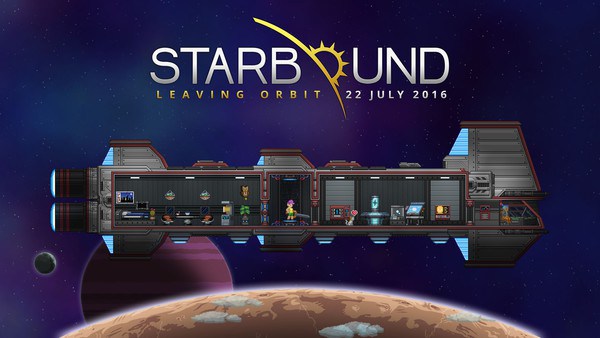 If you are crafting and mining lover and want yourself to be hooked up for a long time then starbound is the game for you. Star bound plays the similar role such as the terraria, the vast world, the mining and surviving while that. All the elements in the game are placed randomly but are not limited, you can find the randomization in quests, items, planets, weather, day/night cycles and much more. This randomization is based on the part which increase the replayability of the user and can make the person stuck in the game for a long.

The offers you the genre of crafting and surviving from the monster who waits for you to lie down or do rest and that will cost your life. You have to mine new resources and craft new items which will be the part of your security. You have to wisely use the resources in creating new weapons that will protect you from the attack of the monster. Keep in mind that in the game you will be surviving with two guards who will be protecting you and you don’t have to let them down , if you do , you will lost the secure part of the game and have to go alone in that dark jungle. 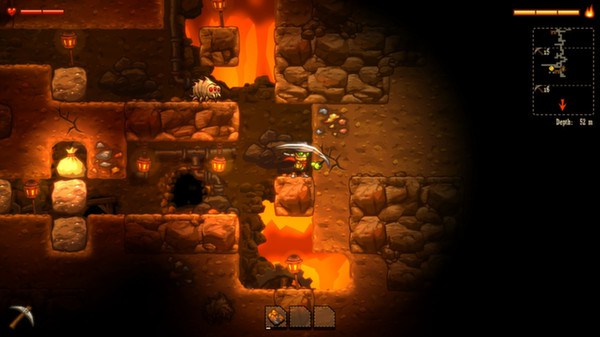 If you are the terraria person than this game would be a must play game. Built on the Metroidvania genre, which helps the game to be represented as the same gameplay of classical mining. The game consist of a robot known as rusty goes on the entire journey through the old earth mining for the resources and discovering the riches and treasures along with an ancient threat. The environment of the game is also randomized which makes you play again and again and generate interest for the game. 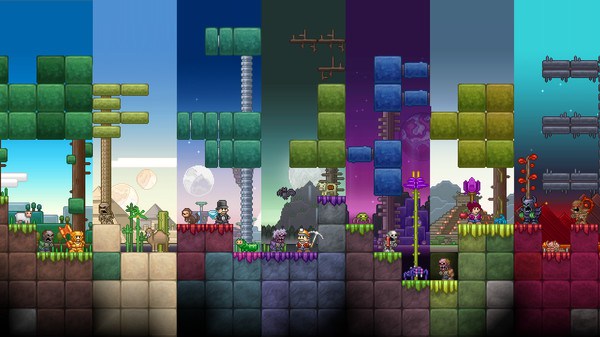 The inspiration drawn from both Minecraft and terraria, Junk Jack has provided the great gaming experience with amazing mining, cultivation, crafting and developing in the game itself. This game offers a new genre of cooking, farming, planting etc in the game which let you hooked for the longer period and can play where ever you want. 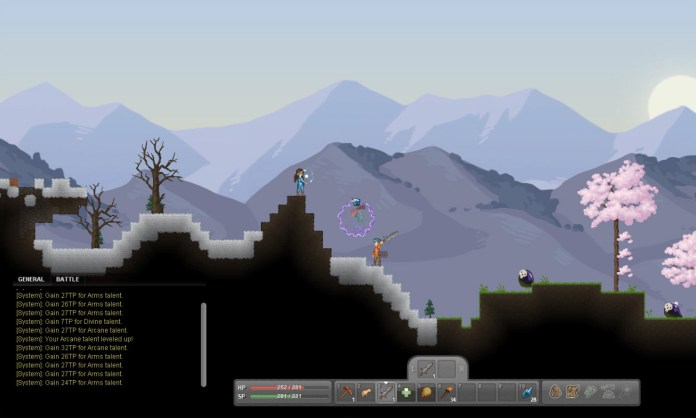 Crea has bought a new interest to the game by allowing the player to install mod in it. You are right, the game is all about the mining, collecting resources and crafting the resources but the positive side of the game is that it can be modded as per the requirement and can be generated out with lot of excitement. Well, the thing you all will be thinking is that this game is generated with modding tools, so there is nothing to worry when modded. 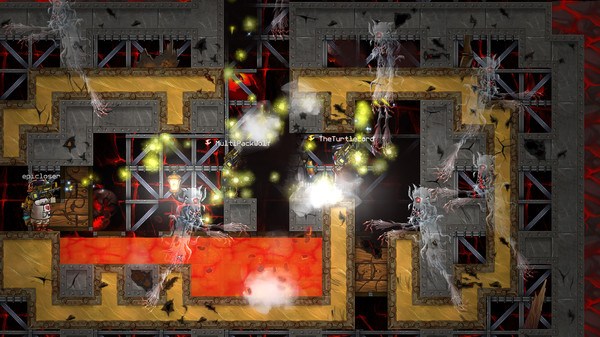 Deep world is an exciting sand box game with a different experience of mining and crafting. the game includes of the new adventurous quests that has bought new level of excitement to the gamers. Amazing steampunk feeling and developed gameplay genre brings the terraria and deep world on the same level. 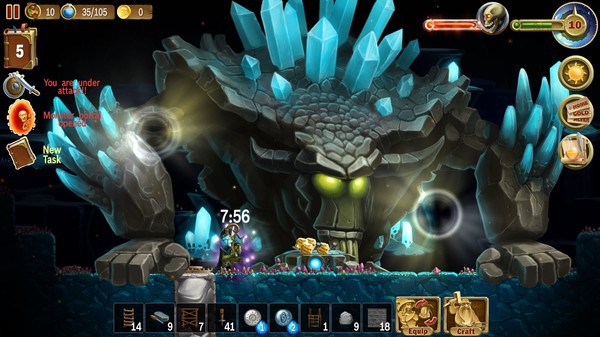 The game is an interest in itself as the game is presented in such a manner that you have to craft the resources that you mine into the process of developing the colony into the kingdom as you will be king of the colony and has to build in such a way that your small colony turns out to be your kingdom. Exploring is the main focus of this genre and platform. 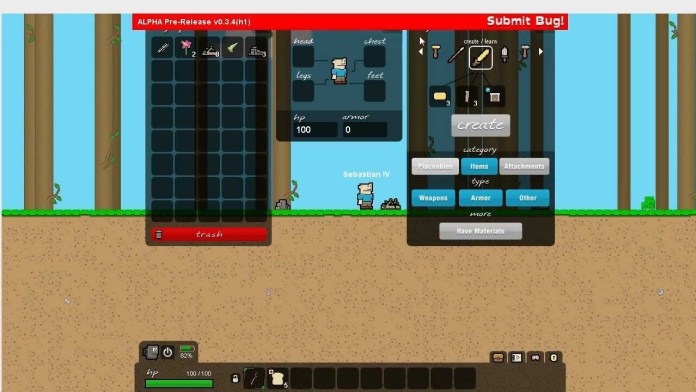 Developed on the same genre of terraria and Minecraft, epic inventor has been the amazing invention in 2D graphic gameplay. It consists of little bit of sandbox elements with a story line up, which offers a quite decent experience to play the game. Epic inventor is free for the people to play and also offers the multiplayer gaming experience for you to lay along. 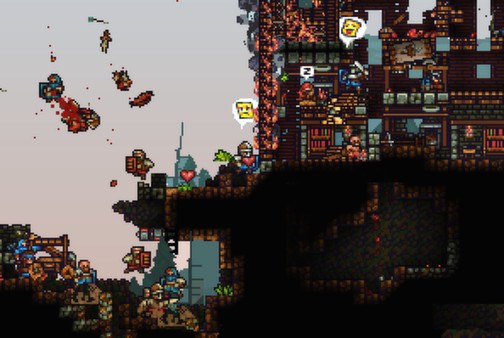 Well, this game is what we love to do in our virtual world of having a multiplayer existence in the game while playing you have to explore the resource and build the empire just to defend yourself and your army and by the same time you need to judge the power of your enemy by attacking them and showing them your powers too.

Well, the free version of the game is available to you but if you want to access the power of your troop onto the friend’s troop then you have to pay for it.

The game developed from the extractions of the Minecraft and the terraria is presented as the intervention in the block world with the genuine experience of crafting and surviving in the world. You need to craft, mine, explore and develop in the block world and has to survive your blocks, to develop on regular basis you have to save the resources as the block will need by the time it survives. 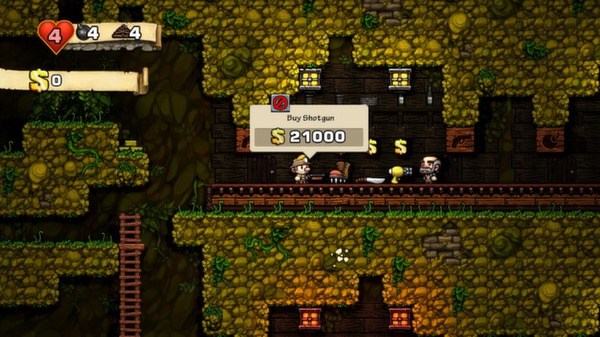 Spelunky is the game that has been developed on the adventurous platform that brings the interest in the game for the gamers. The game is totally based on the same genre or mining, crafting, exploring and developing. You need to explore more for the treasures and riches and many useful resources that bring decency to the gameplay. 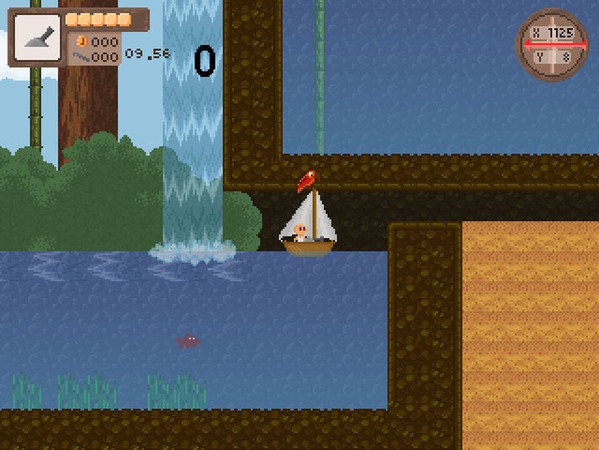 As per the name, game is the treasure hunt of the various resources and you get many new and innovative quest to be completed. You are offered different worlds for the same. The game is purely free to download and install in your device which makes it more popular among all.

Again, the same gameplay genre of the other games this game offers the ability to protect that treasure you have hunted with the help of dwarfs in their kingdom. You need to build the shelter on the top of the mountain and take care of the monsters that attack you at night. All this gameplay excites the player more and let him hooked for long hours. And my friend if you are an adventure game lover than you should go for it as its absolutely free. 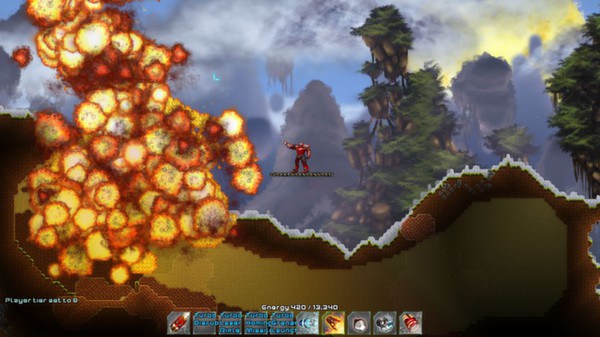 Asteria is an amazing game that brings up the genre where the player is allowed to explore and mine the world which is destructible and full of enemies. You have to fight with the enemies and collect the resources which they were securing and develop your weapons powerful to fight with the monster there. This game also offers you the multiplayer gameplay which is find out to be a more interesting manner to play the game.

We brought the best of the next 15 games you would like to play after terraria. Guys leave your thoughts below and do have a look our other articles and stay updated for the further updates we will keep on making for our viewers