You are here: Home / Entertainment / Important moments in the Battle of Hogwarts

The Battle of Hogwarts which occurred on May 2 1998 witnessed a lot of memorable, happy and sad moments. There were casualties on both the side of the light and the side of the dark. While some deaths faded into insignificance, some are still fresh in the minds of fans. The deaths of Fred, Dobby, Remus and Tonks, Snape and a few more are still remembered by the Pottermores as the Harry Potter fans call themselves.Some unforgettable moments that occurred during this battle are:

Voldemort killed Snape thinking him to be the rightful owner of the Elder wand. Right before his death, Snape was able to impart his memories to Harry, thus revealing that he had been on the side of the Light, as a double agent. His memories showed him falling in love with Lily, Harry’s mother. He revealed how distraught that he caused Lily’s death by telling Voldemort the prophesy. So he agreed to side with the Light and worked hard to protect Harry all through his school years. In fact, we come to know that Harry later named one of his sons after Snape claiming that he was one of the bravest men he knew. 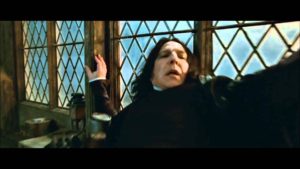 Ron and Hermione made it into the chamber of secrets and the latter finished off the cup which was a horcrux. Crabbe’s Fiendfyre managed to destroy the tiara when he lit up the Room of Requirement. Neville kills off Nagini, Voldemort’s snake and yet another horcrux. Harry gives up his own life and thus destroys the last horcrux which was created unknown to the knowledge of Voldemort. The destruction of these horcruxes was essential to kill Volemort finally. 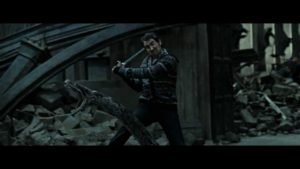 Once Harry gave up his life by letting Voldemort kill him in the forest, he was transported to what he thought was the Kings Cross station where he talked with Dumbledore who explained to him why he had to be killed.

The deaths of loved ones

Some of the deaths that occurred in the Battle of Hogwarts shook a lot of fans. Fred Weasley who died while fighting along with his brothers with a smile on his face is one no fan would ever forget. Colin Creevy who had sneaked back to fight despite being underage; Remus Lupin and Nymphadora Tonks who had left their month old kid Teddy behind to fight against Voldemort! Remus was the last marauder to die. His child was left an orphan much like Harry when his parents died at Voldemort’s hands. Each of these deaths made Harry Potter mourn for them as if one of their own had died. 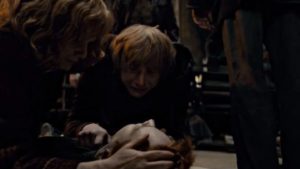 Harry decided to sacrifice himself after seeing Snape’s memories. Just before entering the forest, he used the resurrection stone to call his parents, his god father and Remus. He moved forward with his decision asking them to come along. He was then attacked with the killing curse by Voldemort and was presumed to be dead. It was here that we saw a different side of Narcissa Malfoy who when asked to check if he was dead, said that he was. She asked him about Draco. The scene showed how her love for her son trumped her devotion to Voldemort. Harry’s sacrifice also meant any curse that Voldemort used on the students of Hogwarts were not of much effect as he had protected them with his sacrifice.

Molly Weasley, the kind and good natured mother of the Weasleys killed Bellatrix who taunted her about the death of Fred. Bellatrix too died with a laugh similar to the death of her cousin Sirius Black. 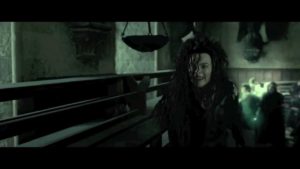 Needless to say, this was the most important event that occurred in the battle. Harry Potter, The Boy Who Lived, defeated Lord Voldemort with a disarming curse. That was no simple feat as this was possible only because Harry with the help of his friends was able to finish off all of Voldemort’s horcruxes. 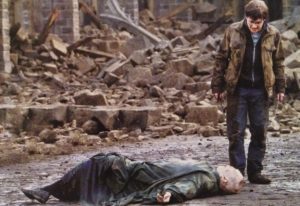 The battle of Hogwarts was the culminating point in the series of novels. Following the battle, Kingsley Shacklebolt is appointed as the Minister of Magic. Death Eaters are rounded up everywhere before they escape abroad. The Malfoys don’t even bother to fight, choosing to search for their son instead. The battle changed a lot many things, for the good.