You are here: Home / Technology / OLED TVs – the best kind of TVs you can buy today

In our previous segment about TVs, we discussed what factors should help you decide on a TV. Here, we shall talk about the best TVs available in the market today – OLED TVs. OLED stands for Organic Light Emitting Diode. It is illuminated by several LED’s instead of the bulbs in an LCD. Currently, LCDs and LED TVs are all the rage and frankly the only type of TV you should be choosing for your home. An OLED TV is miles ahead of an LCD TV in terms of all technological and categorical aspects. Unfortunately the same can be said for the price too as OLEDs can cost you a lot of money. Here’s why OLEDs are still worth the money we pay for it.

Read on below to see why OLEDs are still worth the money we pay for it, or for more OLED TV options see these TV review guides from hotrate.com.

Why choose an OLED TV?

In its roots, an OLED TV is simply better than its LCD counterpart. This is because of how they both work in essence. All TV’s depend on light to function and this is the case with these TV’s too. TV’s are of two types, emissive and transmissive. Emissive TVs have scores of pixels all of which emit their own light. Transmissive TVs on the other hand depend on liquid crystals to bend and block the light from another source to produce images. This source is usually a backlight consisting of CCFL bulbs. As is obvious, OLEDs and Plasma TV’s have an emissive display while LCD TV’s have a transmissive display. 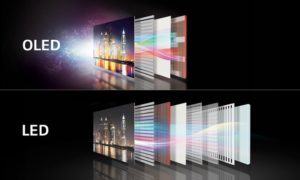 The shortfall of a transmissive display is that light can never be entirely bent or blocked. This leads to leakage of light and poor quality of image. After passing through the liquid crystals, the light then passes through several more color and polarizing filters to produce the desired colour. However this is often not possible as liquid crystals simply do not have a fast enough response time to produce accurate colors. This leads to problems such as motion blur. This, combined with the fact that light has to pass through so many filters to reach the screen itself will create more issues. With this, it is clear that LCDs are obviously more inferior to their OLED counterparts.

Then why buy LCD TV?

This eggs the question, why are LCDs still around? Why haven’t we left behind LCD in the distant past and moved on to OLED TVs? Why is the word OLED itself unfamiliar with the majority of the public? This is because of the affordability and size of OLED TVs. They start at a minimum price of Rs. 2 lakh. This is close to $3000 in the US market. Nobody wants to buy a $3000 TV, especially one that is 55 inches and can’t be mounted at the average home. So most of us still prefer to buy an LCD TV rather than an OLED TV. 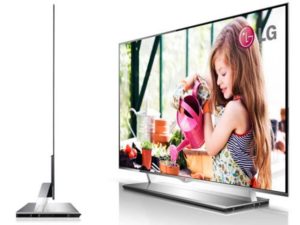 The newest technology that is on the rise right now is called the Quantum Dot TV. This will be the replacement for the LCD screen and will also be very affordable. It uses a superior Quantum technology that will remove the unnecessary filters used in an LCED screen. It will be cheap as new production lines need not be built. Instead, the Quantum Dot filter can simply be added to LCD screens.