After the booming success of Space X’s falcon 9 rocket and the multiple launches throughout the year, Space X is looking towards Mars. Elon Musk, CEO of SpaceX has always advocated that humanity must become an interplanetary species in order to ensure survival. After continued success and more launches than all the agencies in the world combined, SpaceX is working on the Mars mission. The Mars mission has been Elon Musk’s dream for a long time. It requires eventually transporting up to 1 million people to Mars to set up a settlement on the Red Planet. Earlier this month, we received news from Elon Musk saying that the Dragon Capsule which was going to transport astronauts to the surface of Mars has to be modified. As opposed to a retroburn or parachute landing, Elon seems to be working on something new.

The Falcon Heavy will be the largest rocket ever to be launched when it is finally launched. It has the capacity to carry more than 54 metric tons of cargo and is humongous. Its engine system comprises of 27 orbit class rockets all firing at the same time. This will be a huge task for SpaceX and Elon Musk to overcome and they have set a very low bar for success with the rocket. They do not expect the first launch to reach orbit. Also they have stated that it will be considered a win if it does not damage the launch pad. Another feature of this rocket is that is it only a third of the cost of the Delta IV Heavy. But can carry twice the payload. Elon Musk’s plan for Mars will involve this rocket getting huge payloads to orbit multiple times in the same day. 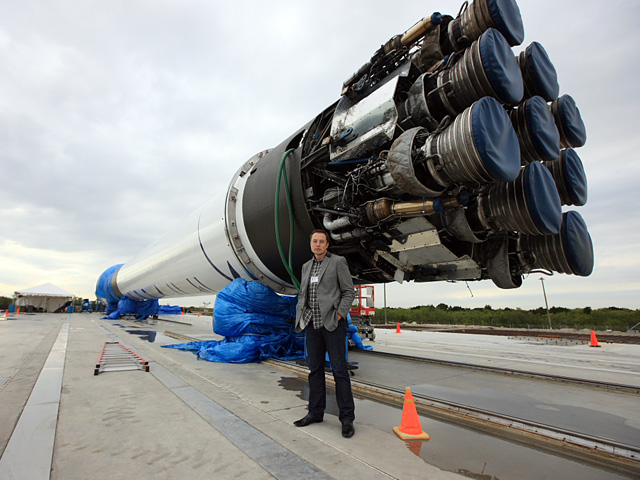 This is the modified version of the Dragon capsule and is also called the Dragon 2. It has been modified to accommodate people and crewed missions either to the ISS or to Mars itself. The Crew Dragon has been modified in the way that travelers can eventually take short trips to space aboard it and travelling to the ISS will be very easy. Elon Musk even wishes to travel aboard the Crew Dragon to the ISS some day in the future. SpaceX has made and remade several records with the SpaceX launch. And SpaceX landings and the modification of the Dragon to accommodate crew is yet another feature. The Crew Dragon may not eventually be used to get people to the surface of the Red Planet. But it is useful for short trips.

Everything for the much touted Mars mission hinges on the falcon Heavy and SpaceX is is full blast working on the rocket. There have been some announcements from Elon himself saying that the Crew dragon capsule may not be used for landing on the surface of mars. This is because Mars has an uneven atmosphere. This makes it necessary for landings to use both parachutes and retro burns to land any craft. Instead of taking that risk, Elon plans to land a huge space ship itself on Mars which will make it easier. Another update on the SpaceX front is the Tag Heuer SpaceX watch that is being launched real soon. It is an exclusive from the company. It is expected to come to stores in a couple of weeks.

All this talk and launches of SpaceX has done a lot of good for the SpaceX stock price as it is at an all time high. Elon Musk is a visionary and his company will play a huge role in our lives as a species in the future.