In an unexpected turn of events, a man from central China who was born with cerebral palsy was accepted into Harvard. Ding Ding, who is now 29 years old was accepted into Harvard in spite of his disability. Ding Ding attributes his success story to his mother who brought him up to achieve great heights. The news site Xinhuanet.com reports that Ding Ding’s mother brought him up amidst a lot of difficulties. Her persistence helped Ding Ding overcome his physical disabilities and achieve this monumental feat. He also says his mother is the reason for his academic success as well. There is no doubt that she is a super mom.

When he was born in the year 1988, Ding Ding almost suffocated. This was because of complications during his birth. This left him permanently damaged with cerebral palsy. Ding Ding was born in a hospital in the Hubei province and the doctors there suggested that his mother give up her baby. However, Zou Hongyan refused to give up her baby even though she was told that he would grow up to have low intelligence or be disabled physically. Doctors felt that it was worthless trying to save him but Zou persisted even after Ding Ding’s father agreed with the doctors. 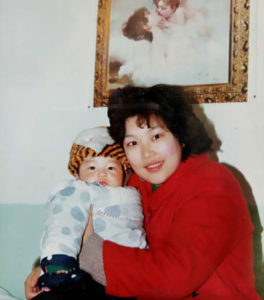 Zou later divorced her husband because he felt that Ding Ding would be a burden to the whole family. Zou loved her son and wanted to see him grow up into a fine young man. After the divorce, Zou worked several jobs to support the family and take care of Ding. Zou also worked full-time at a college in Wuhan apart from doing part time jobs as a protocol trainer and an insurance agent. This essentially did not let her spend much time with Ding but she still took him to regular rehabilitation sessions. She took her son to these sessions regardless of how bad the weather was. Zou took complete care of her son.

Ding Ding was diagnosed with cerebral palsy and this meant that he would have stiff muscles as a result of this. Zou learnt how to massage his muscles and would regularly play games and puzzles with him that would increase his intelligence. Zou also strived to help her son overcome his difficulties. Ding Ding had trouble holding his chopsticks because he could not coordinate his hand movements. Relatives found this perfectly okay but Zou was not okay with this. She wanted to teach her son to hold his chopsticks properly so that he did not have to explain himself at every meal.

I didn’t want him to feel ashamed about these physical problems,” she said. “Because he had inferior abilities in many areas, I was quite strict on him to work hard to catch up where he had difficulties.” 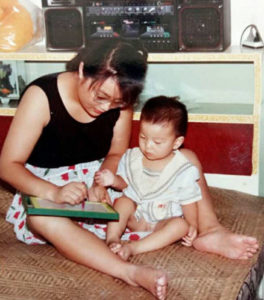 Ding Ding studied with students of his age because his mother helped him cope with his studies and in 2011, he graduated. He got a bachelor’s degree from Peking University’s Environmental Science and Engineering School. He then enrolled for a master’s degree at the university’s International Law School.

Once he completed his master’s degree, Ding Ding worked for two years before applying for Harvard and getting in. Ding Ding officially started at Harvard last year. However, there is no information as to what course he is studying at Harvard.

Ding Ding misses his mother who lives in Jingzhou, China in the Hubei province. He loves his mother a lot and is eternally grateful for her for helping him reach these heights. He looks up to his mother as his ‘Spiritual mentor’ and enjoys the closeness he has with her. 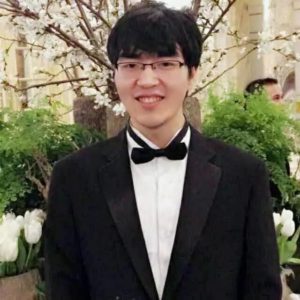 All moms are special. But this super mom takes the cake, doesn’t she?

You may also like: Audrey’s Nethery – The Brave Doll or a Superhero?