You are here: Home / Lifestyle / Volkswagen Polo: Simple but elegant

With the Polo, Volkswagen has entered the competitive Indian hatchback market and it is here to stay. Ever since the Polo was launched, it has been making waves in the hatchback segment. The car is one of a kind. It looks simple with nary a curve or edge but performs like a premium hatchback. Volkswagen offers the car at a low price which makes it more popular in the Indian market. The car comes in several different variants with both a diesel engine and a petrol engine on offer. The higher trims of the car are also sportier and offer great performance both in the city and on the highways. There has been talk of the release of 2017 Polo but it isn’t there yet. We will have to settle for the variants in the market because Volkswagen isn’t looking to update the Volkswagen till 2018. 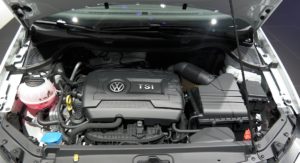 You may also like : Maruti Suzuki Ignis: The car for the Millennials!

The Polo is one of few hatchbacks that offer sedan like performance in a compact way. The Polo impresses from the first drive itself. The two engines on offer with the car churn out massive amounts of power. The diesel engine is a 1498 cc, 1.5 liter TDI engine which puts out 108.5 bhp at 4400 rpm and 250 Nm of Torque at just 2000 rpm. The petrol engine, on the other hand, is a 1.2 liter MPI engine. The 1198 cc engine gives out a maximum power of 74 bhp at 5400 rpm and peak torque of 110 Nm at 3750 rpm. The figures may seem wide apart but both engines perform superbly. The refinement of the engines makes the Polo a fun car to drive anywhere. The Polo can go upwards of 160 kmph on a straight road and the engine rarely feels strained. The Polo comes with a 5-speed manual gearbox mated to the engine. The gearbox is smooth to operate and allows for quick shifts.

The Polo comes fully loaded with features useful and practical. These features are driver and passenger friendly. The Polo offers a lot of storage space with a glove box and cup holders in the front. Though the car misses out on leather seats, the seats are still comfortable on long rides. The Polo comes equipped with a multi-function steering wheel which lets the driver control the important stuff without taking his hands off the wheel. To make it easier, the higher trims of the car also come with an adjustable steering wheel.

The car scores high on safety too and offers a lot of safety features too. ABS comes as standard with all the variants. This car also gets passenger airbags for increased safety. The structural design of the car is also good as it lessens vibrations.

The car gets several other features common to this segment but will remain one of the best offerings from the Volkswagen stable. This car is truly iconic and will turn heads wherever it goes. The car has a total of 12 variants and the price ranges all the way from 6.92 lakh to 9.81 lakh (all figures ex-showroom Delhi). 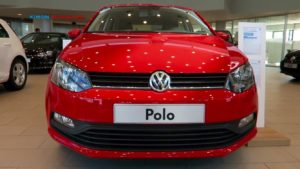 You may also like : Renault Duster now comes in an Automatic Petrol variant!