You are here: Home / Technology / Computers / [3 Methods] How to Solve Rats WebGL Hit A Snag Error

How to Solve Rats WebGL Hit A Snag Error : Have you ever wondered as to why we get a sudden message on the Status bar on the Google Chrome that Says “Rats! WebGL hit a snag”? 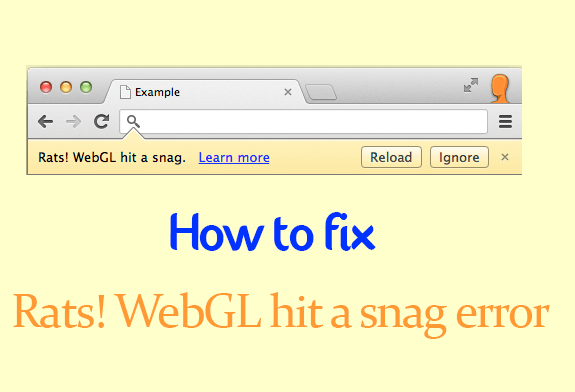 What is this all about the Message “Rats WebGL Hit a Snag Error” what does this actually mean.

We receive this error message due to the WebGL. To rectify this error, we must first get to know what exactly WebGL is all about.

WebGL is popularly known as the Web Graphics Library this is the Javascript API and this further renders the interactive 3D computer graphics and the Graphics 2D on any of the web browsers that is also compatible without the need of any extra plugins or any further add-ons.

The execution of the Java script that has all the WebGL program Codes is present in the Computer’s GPU or also known as the Graphics Processing Unit. WebGL is produced and maintained by the popular groups known by the name of Khranos Group” this is a non-profit group which is situated in Beaverton, Oregon (USA).

OpenGL is used for drawing 2D graphics (Low-Level Library) and WebGL acts as a thin sheet of cloth around the OpenGL. It helps in pushing data towards the GPU, and in the execution of the specialized code on the GPU itself. This is probably the easiest and the best way to bring 3D graphics also 2D everywhere. Once it is written it can run anywhere we desire.

WebGL is not only used in the 3D web design and gaming but it has also managed to amaze scientists for research and scientific works. This technology has been used in the book “Cellular Automata” to simulate Debris flow.

Did you know? NASA had once developed an interactive web application called the experience curiosity in order to celebrate the 3rd anniversary of the famous curiosity rover that was landing on Mars.

How to Fix Rats! WebGL Hit A Snag

Sometimes we might encounter a message of WebGL is not supported while using it this is an error about the site crashing. We might come across an error message saying “Rats! WebGL hit a snag” while surfing the Chrome browser.

So once this message pop-ups even if we try to Reload the web page or try to go to another one, the message reappears. In fact, we start to receive an error message every time browser try to access WebGL.

Note: – This error message appears every time someone will try to make constant attempt to use the WebGL but yet it does not indicate a continuous error

Fix #1 By Disabling the Hardware Accelerated Graphics in Chrome

We can simply fix this problem by disabling the hardware accelerated graphics from the settings that are present in google chrome. Follow the steps mentioned below.

There one can find the option of “use hardware acceleration when available”.

Uncheck the button and then restart your browser to make the changes live.

Visit the chrome://flags. And Search for the option stating “Disable WebGL.

Enable this option and then restart your browser.

It is very unlikely that your problem still Persist after following the above two fix’s But if you are still encountering this error then there is another way to resolve it.

Here find the Problems detected heading and now check for any unusual red warnings that might be present. 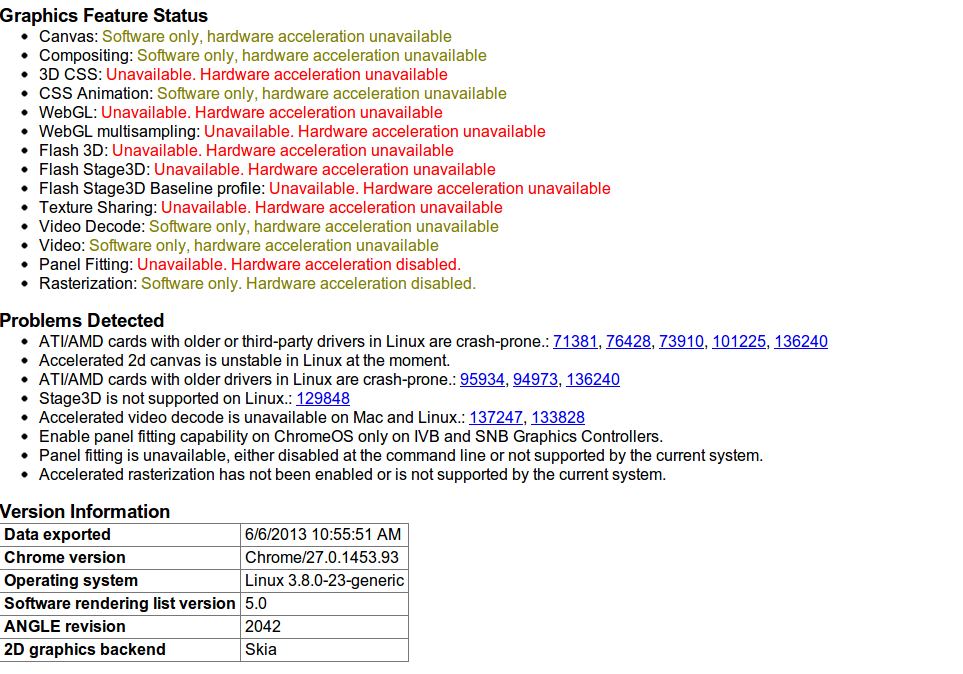 By these two methods, you can figure out what the problem is and what exactly is making the error message pop. But as mentioned above Fix 1 and Fix 2 would work wonders for you.