Marathon runners are the unsung superheroes of the planet for their superb endurance and skill. People who run marathons for a cause without any personal motivation are truly superheroes. One such unsung hero is Mina Guli. She is especially one of a kind for she runs the equivalent of 40 marathons in almost 2 months. She never had any support from her friends and family in the beginning but this all changed when she ran 50 kms a day for 40 days covering more than 2000 kilometers last years for a cause. She was ridiculed that she was a female and that she was too fat to run but now she has proven her abilities and has a supportive family who stands by her now.

Mina Guli is 46 years old and was told she was too old to run marathons. However, this corporate lawyer turned water activist proved all of her haters wrong. She is currently running a marathon spanning six rivers as part of a United Nations initiative to bring clean water to the whole population by 2030. The UN Global Goal Six includes six famous and life giving rivers in its manifest and promises to make water accessible to all by the year 2030. Mina Guli started her impossible marathon on the 22nd of March and has since then covered the distance of a full marathon on an average per day. She has run along the sides of the Colorado River, the Amazon, Murray Darling and the Yangtze. This ends her run in China and her next stop is Egypt where she will conquer the massive Nile.

After quitting her job as a corporate lawyer and becoming a water activist, Mina Guli had to come up with a way to bring about awareness for the accessibility of water. This was when she decided to run a marathon a day. She had a lot of critics but she showed them all that she could do what she wanted to by covering seven deserts in seven weeks last year. Since then she has garnered a lot of support and that urges her to run more marathons. 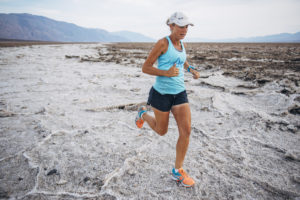 Running marathons like these is not an easy job as she has to cross abnormal terrain and different kinds of weather all of which makes it harder to run. It is not always sunny out there and Mina really felt this on her run along the Amazon where she had to cover muddy terrain in waterlogged shoes and it did not help that it was raining cats and dogs! Amazing feats like these acts like an inspiration to other people out there who feel their life can never amount to anything. Stories like that of Mina is motivation for people to get up and follow their dreams.