Since time immemorial, scientists have been trying to discover life on other planets in this universe.Today that endeavor is no longer a dream!! In an exciting turn of events, scientists at Harvard-Smithsonian Center for Astrophysics (CfA) have discovered a massive exoplanet. Named as LHS 1140b, this exoplanet orbits a small, feeble, red dwarf star called LHS 1140 and is placed at just the right spot of this system that could support life! With this discovery, LHS 1140b joins the brigade of potentially habitable planets like Proxima Centauri b.

Star LHS 1140 belongs to the Cetus constellation but is quite small when compared to our very own sun. The exoplanet LHS 1140b takes about 24 days to complete its revolution around this star. It is deemed to be about 39 light-years away from earth. Compared to earth, LHS 1140b is quite nearer to its star, which places it at the most favorable zone.

Is LHS 1140b the answer to our problems?

LHS 1140b is deemed to be approximately 40% bigger than earth and its mass is 6.6 times that of earth. The observed density of the exoplanet along with its rocky bulk suggests a probable core made of iron and magnesium. However, scientists are yet to observe and study the gases that might constitute its atmosphere. The next goal of this enthusiastic team of astronomers is to discover water and then molecular oxygen on the super earth, which is the pathway to discovering life!

“This is the most exciting exoplanet I’ve seen in the past decade. We could hardly hope for a better target to perform one of the biggest quests in science – searching for evidence of life beyond Earth.” says Dr.Jason Dittmann, a post-doctorate at Harvard-Smithsonian Center for Astrophysics (CfA) and lead author of the journal “Nature”.

The ‘Transit method’ enabled the scientists to discover this massive exoplanet. When a planet crosses or transits in front of a star, the star’s light becomes dimmer. This enables the detection of the planet by instruments stationed on earth. 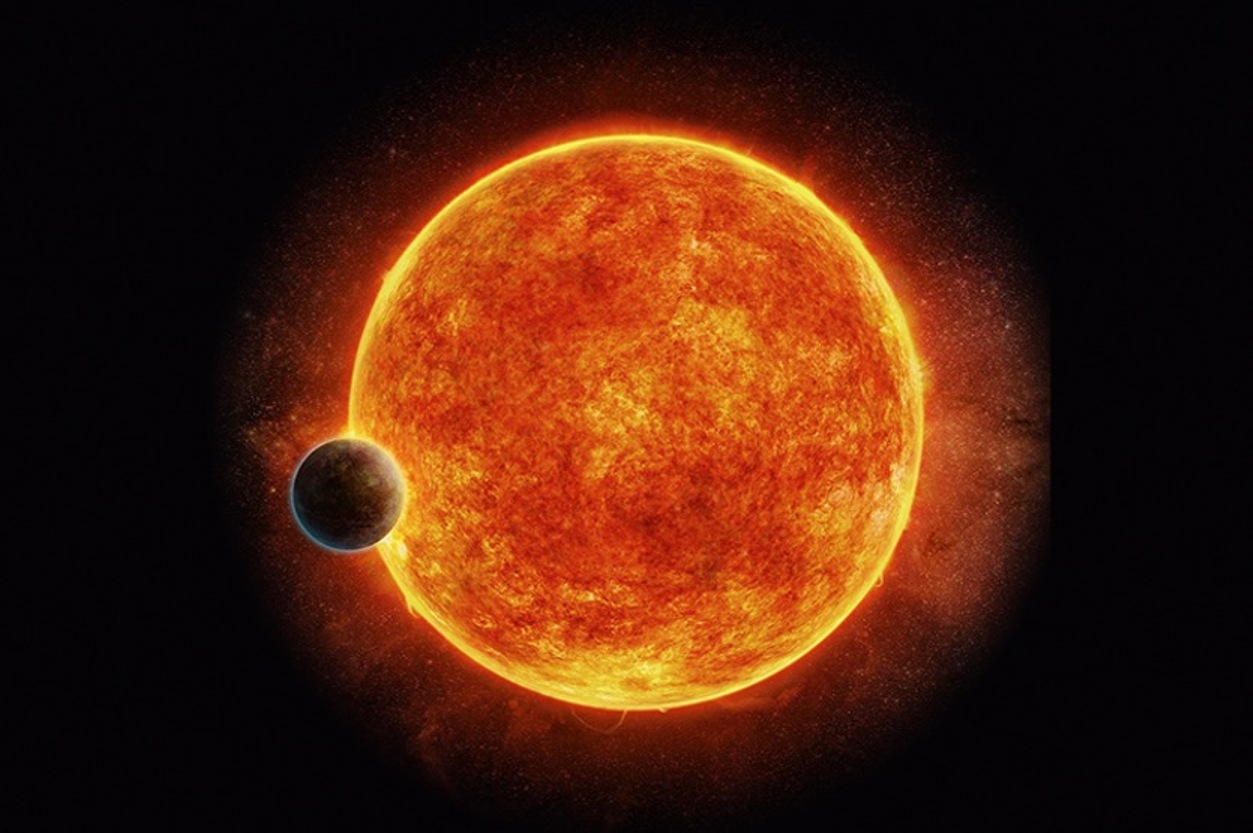 The red dwarf star LHS 1140 spins much slower and emits much lesser high-energy radiation than its counterpart stars. This, in conjunction with the massive size of the exoplanet, would have been imperative in creating an atmosphere that could conduce life on it. The age of the parent star itself is stated at about 5 billion years, long enough to cool down the ocean of magma that must have been present on the huge surface of the exoplanet. The cooling down of the magma and the condensation would have led to steam and ultimately water on the surface of the exoplanet.However, these are only speculations on the part of the scientists and the real evidence remains to be gathered.

Currently, profuse research is going on and scientists are on the verge of discovering hundreds of other such planets in the near future. It is only a matter of time when ‘earthlings’ would be able to say hello to our alien neighbors!! Let’s wait for LHS 1140b to be inhabited!!