You are here: Home / Technology / Facebook soon to allow you to type using your thoughts!

Facebook has always been radical in its approach of things and the ideas they have presented have changed the world we look at the world. Recently Facebook announced the release of Augmented Reality platforms which will help you do activities in AR and even meet up with friends in a pre-set location incorporated into the AR. After this came the announcement which literally looks like something from the future.

Mark Zuckerberg in his post said that Facebook’s division, Facebook8 is working on technology which will allow users to turn their brain waves into text, think and type. This technology will also allow people to type at speeds of up to 100 words per minute which is a lot faster than the typing speed of the average smartphone user. This technology was previously developed by Stanford but it allowed a paralyzed woman only to type out 8 words a minute and it involved an invasive implant in the woman’s brain. Zuckerberg also mentioned in his post how slow our mouths were in comparison to our brain. Our brains work at lightning fast speeds, enough to stream four high definition movies at the same time every second! However, when this translates into speech which is what helps us communicate, it becomes as slow as a 1980’2 modem. 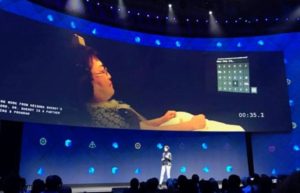 Regina Dugan, head of Facebook’s building 8 research labs made the announcement at the F8 conference. She spoke about how the human brain has several thoughts a minute. She also spoke about how this technology could help filter those thoughts and pick out the speech output which will let it type at the claimed speeds. Dugan, a former director of DARPA, is pretty confident about this innovation.

Facebook is looking to develop this technology without any sort of implants which will make it difficult to cater to the masses and it promises that typing speeds will increase drastically which will help coders and businessmen everywhere if they could just type at the rate they think. It is true that the technology required to capture our brain waves and turn it into text is far away. However, scientists at F8 believe that progress has to start somewhere. Even if they could get brain waves to transmit a simple yes or no to users’ smart phones using wearable technology in a few years time, it will be ample progress. 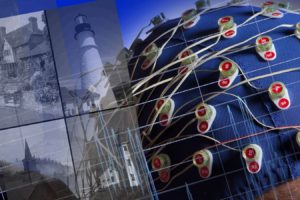 Simple technology like this will forever change the way we work with technology as humans and machines can work together to produce desired results. The eventual goal of the team of 60 scientists is to type straight from the brain. Typing straight from the brain will take place at speeds of up to 5 times faster than typing by hand. If this can be incorporated as wearable technology it will be even easier to access to the public and should also be manufactured at a large scale by the company.

Right now, the company is focusing on developing the basic technology for this innovation. This will begin with the creation of an implant which would transmit brain signals. This implant will be the first of many steps along the way to make this technology eventually possible and F8 scientists are working hard towards this goal. After developing these implants properly and testing them out, the company will start working on technology which will transmit your brain waves to your smart phone and you can wear it as an accessory or a piece of clothing.

In the 21st century, we have seen so many advancements in science which just keep on boggling our minds.