TE has an amazing track record across the world for its sturdy smartphones jam packed with features. ZTE’s most popular phone the Nubia has been launched across the world in many variants all of which are worth the money they cost. In the highly competitive smartphone market, ZTE has managed to come up with superb phones built to last with features available on flagship devices. The company identifies itself as a brand “with the youth”. This allows the company to manufacture phones according to the needs of the market today. The Nubia variants come equipped with exclusive skins that are fun to operate and allow ease of use. Tuesday marked the launch of the latest in the series, Nubia M2 Lite.

Keeping in line with its tag of understanding the youth market, ZTE has made the latest Nubia stylish and sexy. The phone comes in black gold initially and may have more colors on the way. Black gold has a sort of premium feel to it and has a lot of appeal among the youngsters. The company believes that all of their phones are manufactured keeping in mind the target demographic. The company’s tagline ‘Be Yourself’ is not limited to the company itself but extends to its customers. ZTE wants their customers to express themselves through their phones! 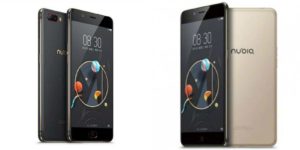 The company entered the Indian market with its premium device, the Nubia z11. However, they soon realized that the market for competitively priced smartphones is huge in India, ergo, the Nubia M2 Lite. The M2 Lite comes equipped with a lot of features you cannot find in a phone of the same price. The phone comes standard with the Android OS Marshmallow with a Nubia UI 4.0 running on top. Apart from a customized user interface, the phone also comes with a NeoPower Suit. The suit helps the phone to optimize power in such a way that it can get you through the day even with super heavy usage.

Paired with a 3000 mAh battery which is non-removable, the NeoPower 205 Suit can get you through the day without any effort. Not one to be left behind, the phone also comes with fast charging capabilities. The M2 Lite was launched in China way back in March and now it has been launched in India with the same specifications.

The M2 Lite comes with a 5.5 inch HD display with 205 curved glass for a more immersive experience. With an Octa-Core Mediatek Helio P10 processor coupled with 4 GB of RAM, this smartphone is more than equipped to serve anyone’s needs. The bigger RAM capacity also means that the phone can perform much quicker than its competitors. The phone comes with 32 GB of internal storage which can be expanded further. It is a 4g Volte phone with Bluetooth 4.0 technology. 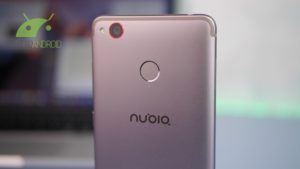 The M2 Lite features Neovision 605, the latest upgrade to the Nubia’s optical capabilities. With this the company promises a more multifunctional camera. The front camera is a 16 MP, f/2.0 aperture 5P lens with a 79.8 degree wide angle which is great for those group selfies. The rear camera is a pretty decent 13 MP with a f/2.2 aperture allowing for clearer photographs.

In all, this phone is a must own for smartphone lovers out there. Priced at Rs. 13,999 the phone offers a lot for its price. The Nubia M2 Lite is available exclusively on Amazon. Hurry and get yours before stocks run out!