You are here: Home / Technology / Games / 10 Useful Discord Bots To Enhance Your Server

Cool discord bots to enhance your server: As we all are living in the world of social platform we can have the arena for every field. Same is with the discord we all know discord is the most popular char platform in this current social era. And also, it is famous between gamers as it the social platform for them. Be it be any game you have the interest in, you can be the part that respective server. I myself is with one server and play according to it as brings in the community close and will give your presence to the chat server of that game. We need to thank its robust and customizable nature as it let us be the part of the world through it as we can easily interact with many people out there.

Being the app powerful in itself, it brings the scope for the adding new and innovative features to your servers. Besides this, not all use the app in the same way as you do. Discord being the vast concept in itself needs the variations in concern to every aspect of the gaming field We do customize our servers and for which we have to add different features, such that discord offers you to add bots but the question rises here is that which bot is useful for me in managing the server. So here are 10 cool bots to enhance your server. 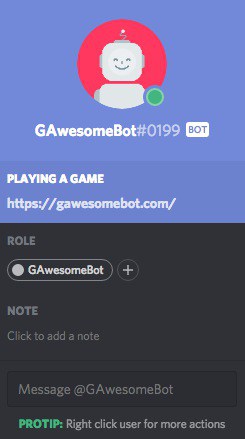 Being highly customizable and powerful bot, GAwesome helps you to add multiple bot a single time to your server. This bot is perfect in the moderation of fun features and increasing the user activity to the server. This bot can manage in such a way that it will judges which user to kick, ban or to be awarded as the member rank on the server. You can even conduct polls, follow the give away activities and generate memes for your users. 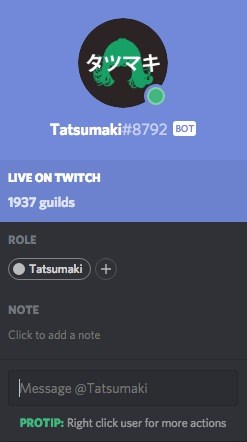 When it’s the matter of capability you must go for Tatsumaki as it has been backed up many game streamers today. It can help you to invest 100 of the commands for moderation setting welcome message, notifications and several other features. You can not only change the server’s modifications but you can even change bot’s setting from its respected dashboard.

You can search the web within the server and can be stay updated. The most respectable feature of this bot is that it has talked much about its incentive system which attracts the server more towards it and be active at most time by letting them earn extra XP and increase in levels. 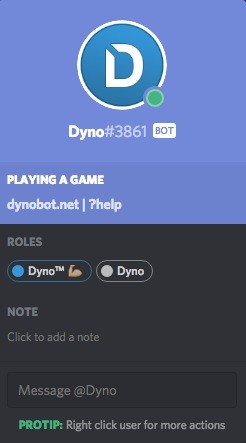 Well if you are new to discord as a server owner than Dyno bot should a must use bot for your server just to increase the server’s capabilities. This bot is full of features that may upgrade your server by increasing the number of active users and pushes them more towards it. This bot in itself allows you to adjust its frequency through its respective dashboard. Bot can moderate the chats by placing the mod log, timed mutes and bans.

Dyno bot is useful for releasing custom notification just like if someone joins, leaves or is banned from the server. Assigning roles to the server and user is also performed by it easily.as it comes with cleverbot integration it can be used to post over watched stats, Google results and can stream music from YouTube. 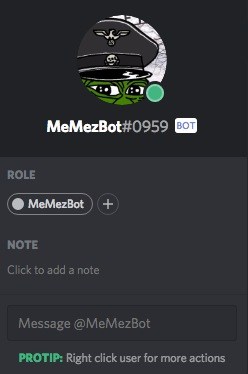 Who don’t love the memes, well, it’s the only thing out on social nowadays. Whatever it is, the MeMezBot is the best for the server which deals in memes of the current world. Your server will be blessed when you add this bot to it, it simply shares some quality memes to your Discord community, and let me tell you it only posts good quality Memes.

This meme bot so intelligent that it can create memes as you put on the search. It can even create meme if you search about your family, someone’s life or just share random sound in the channel. 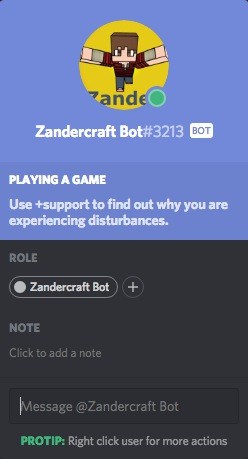 Being a discord server owner, I fond ZanderCraft as the best bot presented to be added to your server. I personally use this bot to my server as it is a full package of features that keeps in mind that chat, productivity, GIFs and fun should go hand in hand for our users. And if you are a music junky, you can have this bot as it plays very Hi-Fi music while operating.

Just by adding the voice channel to my server I can listen to any music any time. Whatever I want to listen I just type in the command ‘+music’ <play/pause> to start or pause playing the music. It takes out the music from SoundCloud and YouTube. 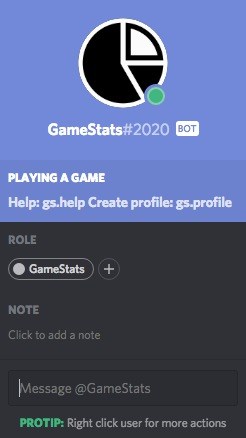 Onto its name, GameStats, says it all. This discord bot uses its bots to set up a profile for your gaming servers and share all the stats with friends. This bot will help your friends to see your stats in various games just like PUBG, Rust etc.

The only complexity in this Bot is that commanding is bit different and difficult. You need to create a profile by commanding “.gs profile” and add any game account by commanding “.gs add uplay”. And you want to know the type of accounts supported by the bots than type .gs accounts and you are done. 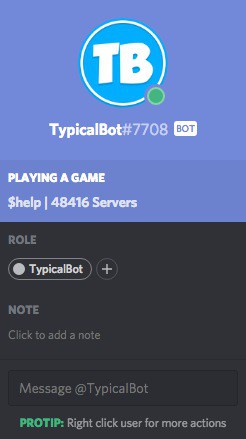 Typical bot is reverse to its name, as it is the most powerful bot which is quite easy to use. It offers you the necessary tools that can be used for moderation, where it can soft-ban, ban, kick out or can make the announcements on your behalf with some mini features and mini games and music box that will entertain the users that are made active to you.

Its not the purpose that anyone of your user can play the music it has to take permission from the admin of the server for DJ queuing and skipping the songs. It can also serve you the memes, random jokes and many more things. 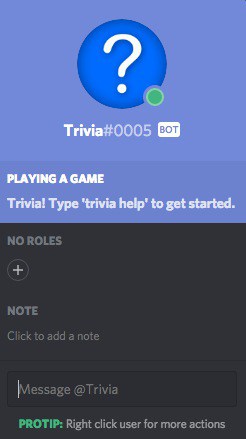 On the basic mode discord is widely used for the voice chats and discussions post the game and after adding the TriviaBot you can add some fun to your community. This will attract more active users as this bot adds the feature of multiplayer gaming which holds around 3000 questions and 24 categories including Film, television, sports and many more to test your knowledge.

This Bot is very simple and can be bought into the action with just 3 commands. Commanding ‘trivia help’ to check all the commands, commanding ‘Trivia start’ to start playing the game and commanding ‘trivia categories’ to chose the topic for the quiz. 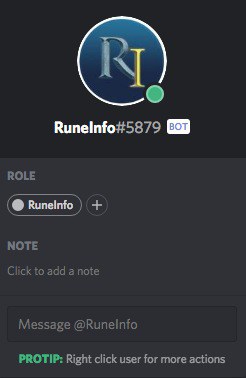 As you can take it from the name, this Bot help you to play the most popular game RuneScape right on your server. Surprisingly, anyone can play a fantasy game on a message chatting server. It offers a set of 113 commands to play the game with your friends.

In addition to it, RS3 and OSRS commands, you also get 9/9 nemi forest and GE additions tracker, the portable locations and comprehensive Price commands to your server. Developers of this bot has made it factual to play the complete game on your server attracting many active users to it. 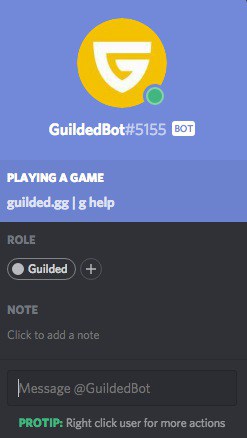 And at the last my suggestion is for team players, gamers and who plays the games like DOTA 2, PUBG or even World of warcraft. The GUilded bot helps the player to build teams and recruit new members, improve abilities and complete missions together. This bot not only helps you in adjusting it through the dashboard but also helps you to manage your team activity through it.

You can use this discord bot to update the notification and to enhance your team server with advance scheduling, nice recruiting and discussion tools. You can build a great working experience with your users on the server.

Adding bot to your discord server is the best thing you can do and you can have but what bot to choose is the main question. Hopefully, I would be helpful in making you clear what bot you need to choose for your server. Stay more updated and frequent to us by leaving comments in the section below.