About Samsung Gear S2: During the highly talked about event in NYC, Samsung revealed its next smartwatch which is the Samsung Gear S2 for the first time. The official announcement for the same was done on August 31 a few days before the IFA officially started in the land of Berlin. The Samsung Gear S2 is all about being instinctual. Starting up with its design, it has a sleek design which also comes up in a wide variety of choice selection for different materials.

Samsung Gear S2 smartwatch provides a huge variety of its stylish bands and watch faces. It has well-equipped features from checking the current weather location of one’s location or any other location to precisely tracking one’s heart beats. From replying to texts to playing the songs on ones wish list it has a lot to offer. It’s all with a turn of the rotating bezel, where every turn is a turn for the better. Taking care of one’s health is much easier with Samsung Gear S2 with it S tracker one can track their heartbeat and also their daily water v caffeine intake and the timely reminder with motivational messages for taking care and exercising are the cherries on the cake.

The Apps can be easily accessed through the Samsung’s Gear S2’s smartphone companion app. It allows one to search for their required app in the store and further organise them into best picks, categories or the most popular. Currently, the store has a few real big-name apps available in it. The launch apps like Nike+, Yelp, ESPN, Flipboard, Here Maps, Life and Lifesum are all present in the store for users to download. 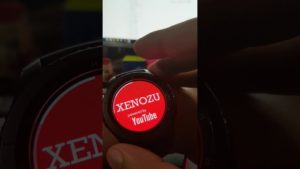 We will constantly update this post by including the latest apps from Samsung Gear S2. So, don’t miss our best picks of Gear S2 Apps.! Also, in case if you looking for upgrade to Samsung Gear S4, you may need to wait for some time, we are still waiting to hear the update regarding the Gear S4 release date.! keep watch this space for the latest information.!